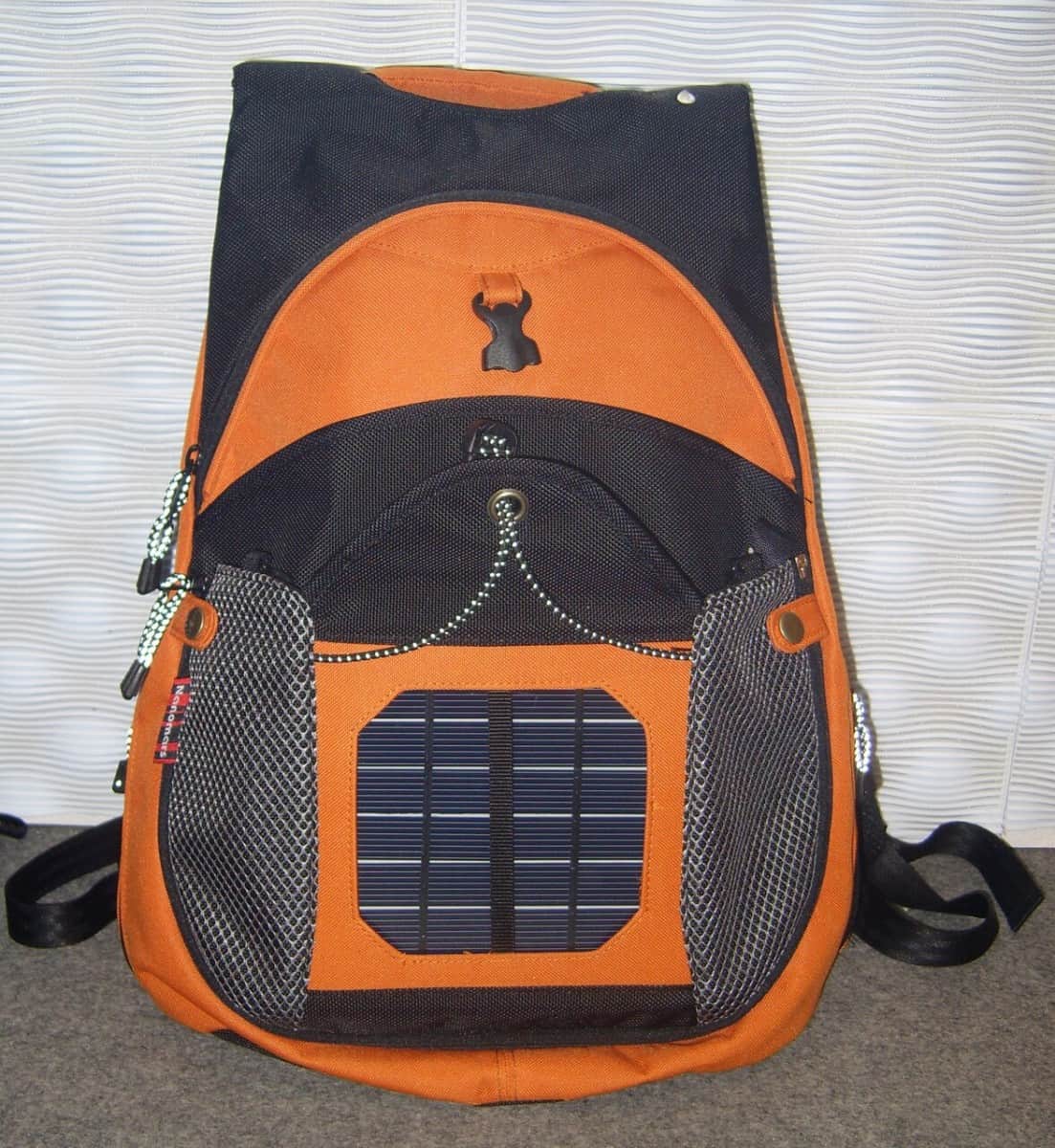 Solar backpacks are a great way to keep laptops, smartphones, iPods, and other electronics charged even as you go about your normal day or find yourself hiking in out of the way natural areas where a plug-in just isn’t going to be available.

But solar backpacks have their own battery and their own charge to distribute that energy. What happens when that runs out? What if it’s winter in Fairbanks Alaska? Can you use LED lights at home to charge a solar backpack? Is this even possible?

You can use an LED light to charge a solar backpack, though it is not the most efficient source. Solar panels are designed to charge from a wide array of light sources, but the closer to actual sunlight the light is, the more efficient it will be at charging a solar panel of any kind.

Not only can you use an LED light to charge a solar backpack when nothing else is available, but there are several options available to you to get creative while safely charging your solar backpack indoors!

In the ideal situation you’re charging your solar backpack by being outdoors or having it in the sun. Even having it by a clear window with the sun shining in works.

But the measure of a good piece of solar gear isn’t how it works in optimal conditions. It’s how it holds up in less than ideal conditions. That’s where you really separate the winners from the losers!

The majority of solar powered backpacks will take a charge from LED lights. These will not work as fast or effectively as actual sunlight or UV light, but it will work.

How Good Is Your Solar Backpack?

Now it is important to note that quality matters. Really old, really cheap solar backpacks with batteries and panels that were cheap to begin with and have faded over the years on top of that might not charge from LED lgiths.

The majority of modern solar backpacks will actually take a charge from LED light. The charge will be slower and more incremental because it’s not the ideal type of light, but with any solar backpack of reasonable quality you’re pretty safe in assuming that yes, even as it just lays there it is picking up a charge while indoors.

The exact rate of charge is impossible to determine as that will matter based on levels of light, the type of backpack, the sensitivity of the panels.

That being said, a good basic rule of thumb is:

So if you have your charge time down for how long your solar backpack takes to charge on a sunny day then you at least have some good rule of thumb estimates you can use for how long an LED light would take to charge, once you do the basic math.

The honest answer is yes, they do. LED lightbulbs are much more energy efficient. Which is great for keeping down utility costs or getting more out of each bulb’s life.

Not as great for using it as a charging source since obviously less energy is going out which mean there’s less energy to be gleaned from it.

Because of this one of the ironies is that the much more wasteful and less efficient incandescent light actually does charge up a solar panel battery faster than the newer better LED lights.

So if you have some leftover incandescent bulbs around the house that you are just waiting to burn out before replacing, those lights will re-charge your solar backpack battery much faster than any LED based light you might otherwise be using.

Is This an Efficient Way to Charge a Solar Backpack?

The short one word answer is “No.” Doing this solely to charge up a solar backpack doesn’t make a lot of sense from an energy efficiency standpoint. More energy is going to be spent going to those lights than absorbed by the backpack.

But if you have the indoor lights on anyway, or you need to charge up a backpack before a trip, then this is an effective long-term way of slowly charging up the battery on your solar pack.

After all, if you’re going to be in the middle of nowhere, need your electronics, but are looking at cloudy weather in the forecast, then that pack better be as charged as you can get it before you start out!

Using LED light to charge your solar backpack isn’t an efficient method of getting things done but it will get the job done given enough time and a half way decent setup.

Make due with what you have on-hand, just make sure you plan accordingly since LED lights will not do the same heavy lifting as direct, or even indirect, sunlight.

If you want to understand the entire process of solar and charging solar batteries better, you may want to check out this page which does a pretty good job of creating a visual map of how everything comes together.

So What’s the Verdict?

When it comes to the question of whether an LED light can charge a solar backpack or not, the answer is that this is absolutely a viable way to recharge your pack at night or while indoors.

You need to plan out to make sure you have enough time to get the charge you need, but it can work really well in a pinch when nothing else is available, or to add some charge at night and keep stretching out your pack’s power just a little bit longer until sunny days pop up ahead.

So that’s your answer. Charging solar backpacks via LED lights is absolutely viable.

Also: please consider buying a solar backpack from this awesome charity that donates a solar backpack to a child every time you buy one. It’s a really cool way to do some good in the world while picking up some solar gear that you wanted anyway.